It’s 10:30 on a summer Wednesday morning at the VanDusen. Veteran colleagues Marilyn Goebel and Christine Allen divide the chores: today Marilyn will cut, Christine will record.

Marilyn and Christine are one of the three Today in the Garden (TIG) volunteer teams who — every Monday/Wednesday/Friday — check the current displays and decide which specimens to replace.

“The middle section is fine…” says Marilyn, as the women review each display ledge on the Visitor Centre wall. Christine nods: “We’ll need eight or nine cuttings.” Off they go. 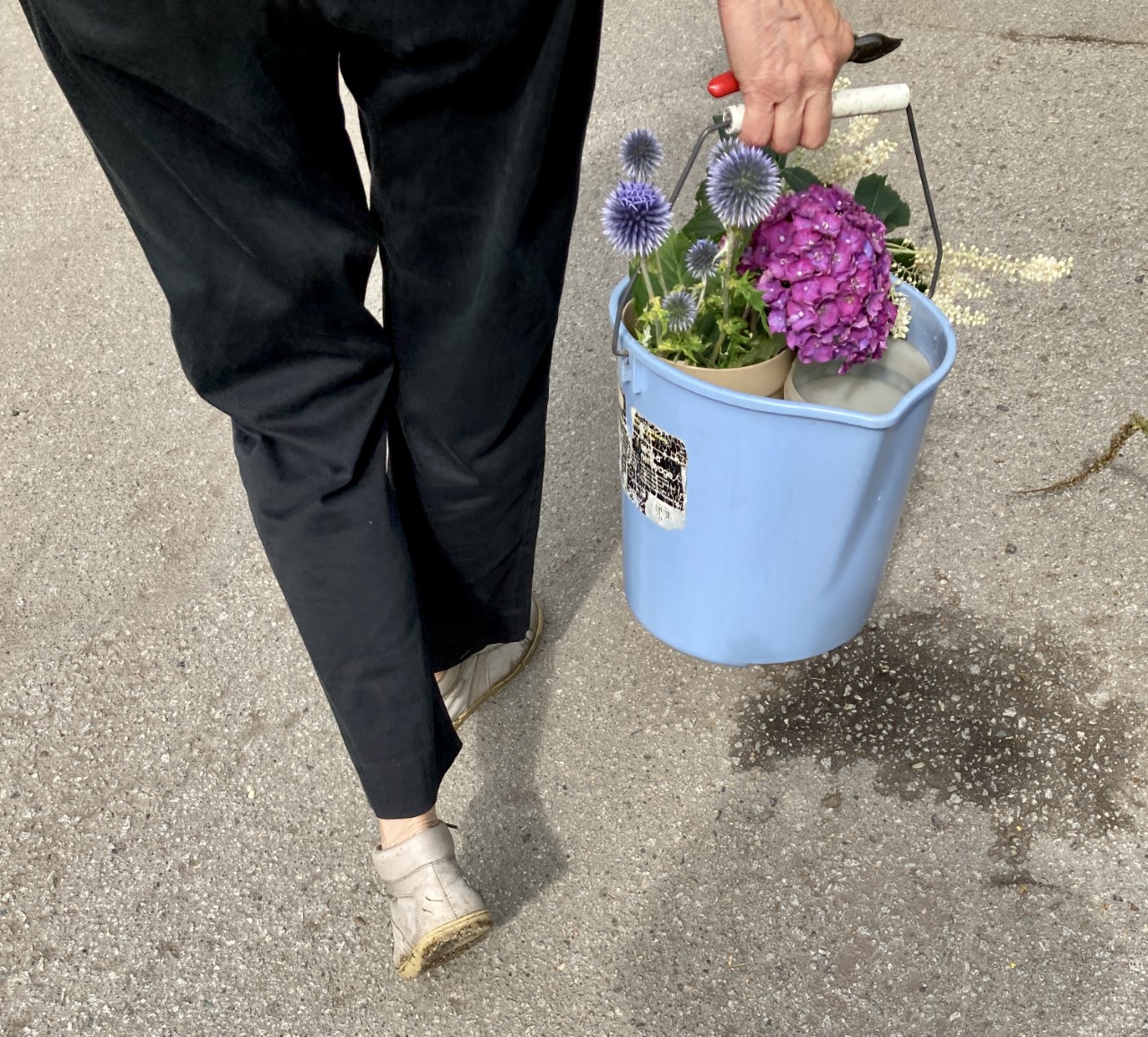 Mophead Hydrangea (Hydrangea micophylla), snip! Ditto Japanese Summersweet (Clethera barbinervis), Globe Thistle (Echinops bannaticus) and Stonecrop (Sedum telephium “Purple Emperor”). Marilyn is up to her hips in Gayfeather (Liatris spicata) when a visitor asks directions to the Meditation Garden. This leads to discussion as well as directions, and the visitor eventually walks away smiling.

“This happens a lot,” the women agree. “We’re like unofficial Garden Guides.” As it happens, Marilyn is also a Guide and Christine was one for several years. Australia-born Christine became a Guide in the early 90s, and via that Group began to work with the displays, in time adding Master Gardener credentials and expertise with heritage roses to her skills. Marilyn moved here from Seattle in 2006, already very familiar with the Garden. She brought her professional information-management skills to the Guide Group in 2007, and later that year joined Today in the Garden (under its former name) as well. 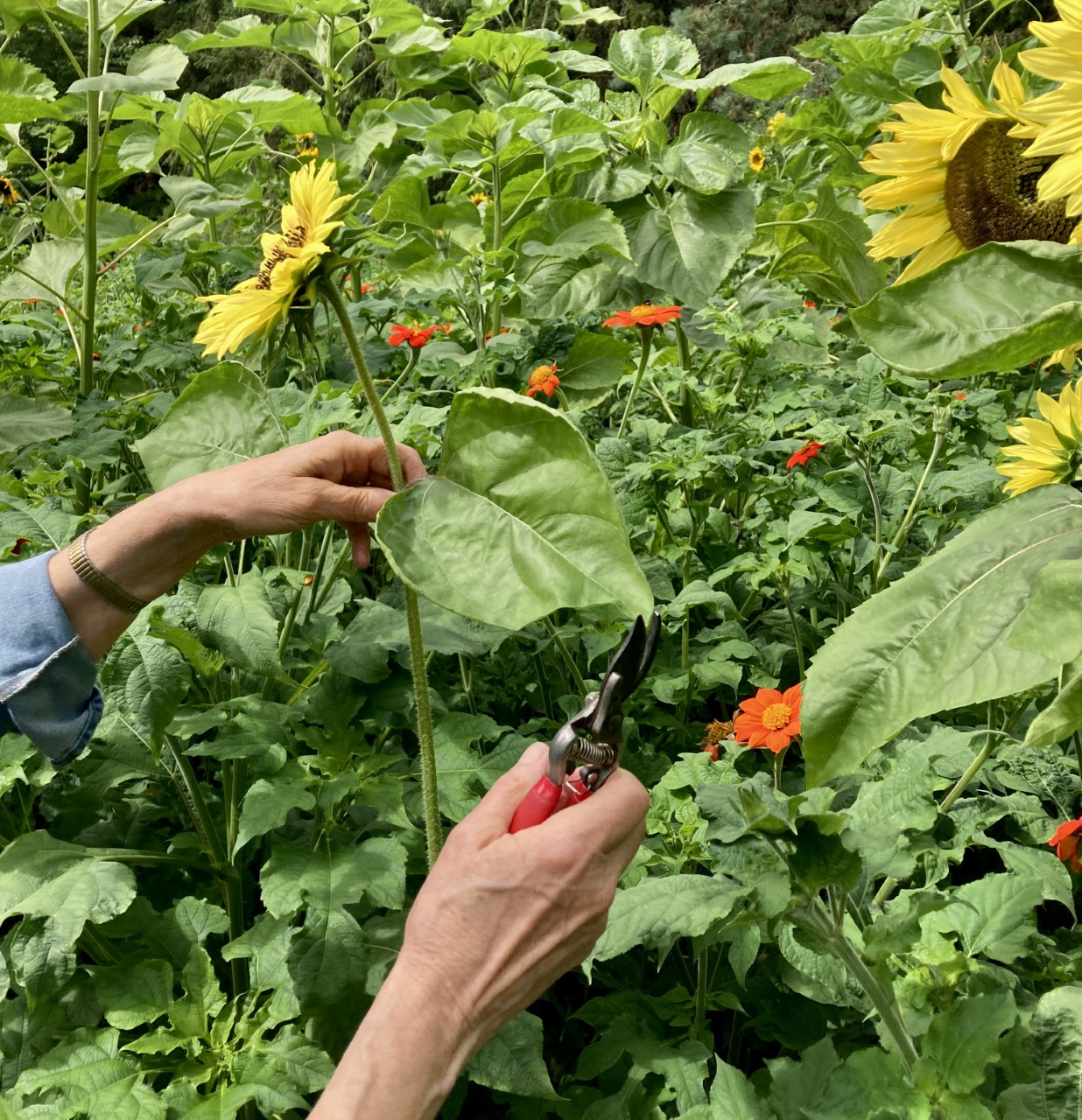 More cuttings for the bucket: a Sunflower (Helianthus annuus), and an Allium, or ornamental onion. But wait, is it Allium “Mount Everest” or “Mount Tacoma”? Christine notes the sample is from bed 32: she will check the Plant Collection Record later, and confirm identity. (It’s “Mount Everest.”)

Back in the library, Christine first enters today’s notes for each cutting in the record book (botanical name, accession date, bed number, relevant further data) and then pulls out the labels needed for the displays.

Marilyn arranges the last cutting, tucks the last label into place. As she steps back from the ledge, a visitor promptly steps in. The volunteers have done their job — and now the displays are doing theirs.