An Historical Walk around the Garden

Some numbers and directional arrows are provided to help you follow this tour. Take a map of the Garden with you to assist you as well.

VanDusen Botanical Garden was created out of land granted to the Canadian Pacific Railway Company in 1870 by the Dominion Government of Canada. In 1886 additional land was given to the CPR by the BC Government along with the City of Vancouver to continue the railway into the city. During that time, what is now VanDusen Garden was mostly forest. But by 1907, the CPR had logged the land and begun subdividing it into exclusive residential lots. The area was named “Shaughnessy Heights” for the railway’s president, Thomas George, Baron of Shaughnessy. To make the area more attractive to potential buyers, the railway was persuaded to lease 109 acres for a private golf course which opened in 1912. The lease expired in 1960, and the golf course moved to a location along the Fraser River, belonging to the Musqueam Indian Band, where it is still in operation today.

The history of how the Golf Course became a 22-hectare Botanical Garden is well documented in the book From Golf Course to Garden by Betty Stubbs, available in our gift shop. In it you can find out more about the generosity and vision of Mr. VanDusen who anonymously funded one-third of the cost ($3,000,000) of purchasing the land back from the CPR. And you can find out about how citizens organized to form the Vancouver Botanical Garden Association to advocate and lobby all levels of government for the creation of a botanical garden. The Garden officially opened in August 30, 1975, with Mr. VanDusen and other dignitaries in attendance.​

Here, however, we will focus on the design, planting and evolution of the Garden. Enter two important persons, Bill Livingstone (Deputy-Superintendent of the Vancouver Park Board) and Roy Forster, the Garden’s first Curator appointed Sept. 1, 1972. The former designed the layout, pathways, rock and water features of VanDusen Garden, and the latter was instrumental in planning its plantings and botanical organization. The Garden areas are primarily organized according to geography and plant families. Mr. Forster continued with designing the lay-out of the upper two-thirds of VanDusen Garden after Mr. Livingstone retired in 1975. Mr. Forster retired in 1996 and received the Order of Canada for his achievements. 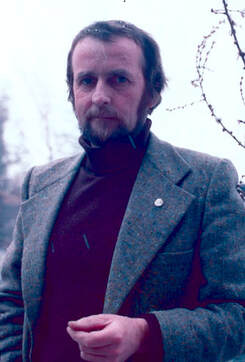 In Mr. Livingstone’s words, he wanted the Garden to show “a wide variety of plant material, design and control” inviting visitors to study “aesthetic, economic and landscape effects”. He felt it was important to include “sculpture, fountains, ornamental bridges” and to engage children in learning about the world of plants. Like Capability Brown, the English garden designer, he thought of the garden as an extension of nature and hence the importance of including water features. According to Betty Stubbs, the three small lakes he had constructed “had different elevations so that the sound as well as the sight of the connecting streams and waterfalls would contribute to aesthetic pleasure. The lakes themselves had practical value as “holding areas” and provided a home for “exotic plant material and a setting for water fowl”. As you walk across the Plaza to 1 – the first of these lakes, named Livingstone Lake for its “creator”, you can appreciate the beauty of his vision. ​ 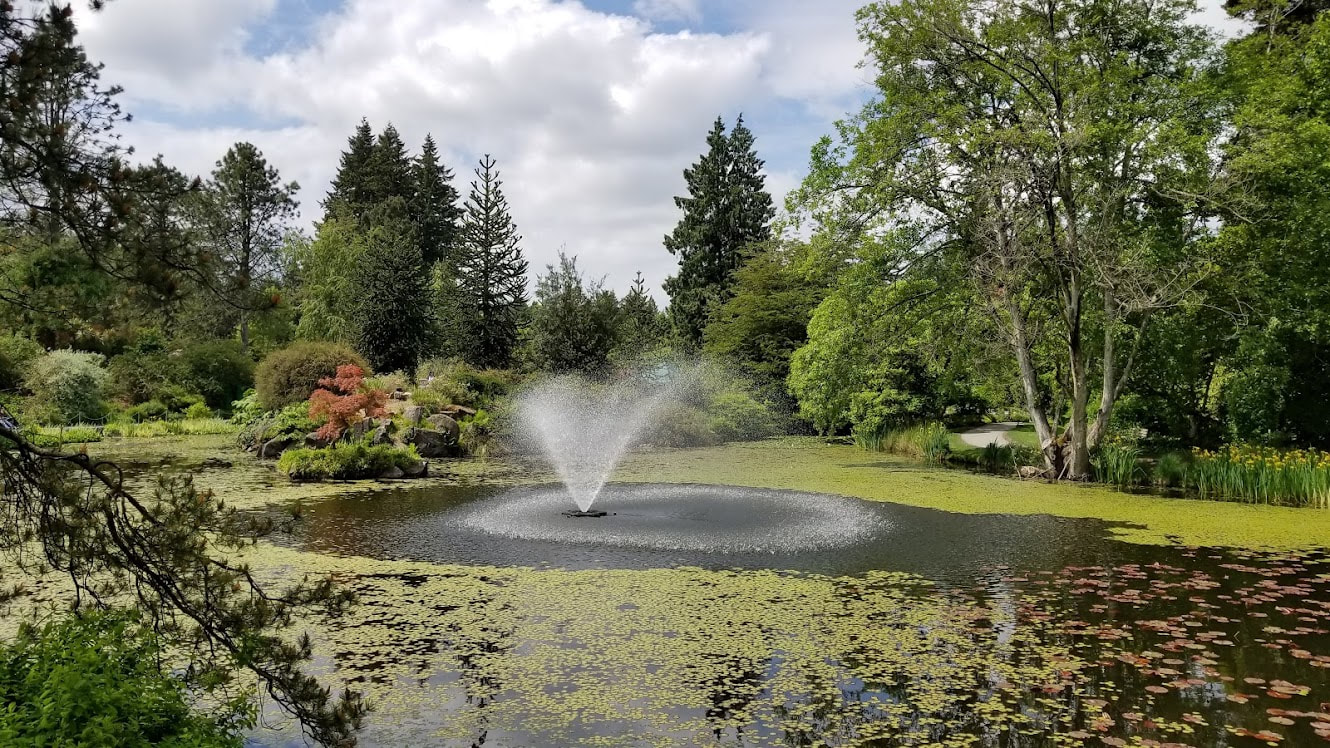 It is interesting to note that during the excavation of the Garden site, evidence of marine life, such as clam shells, was discovered, indicating that the land was well below sea level about 12,000 years ago.

Turn left and walk over the wooden bridge. To your left at the cross-roads is a drinking fountain made of ​nephrite jade from northern BC. This is one of several other jade features throughout the Garden. Bill Livingstone was an expert in working with stone, so keep your eyes open for how it is used in the Garden. Now keep right and follow the path skirting the Lake until you come to the end where various paths meet. 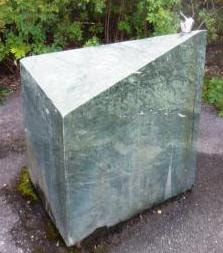 Straight ahead you will see a 2 – Grotto lined by large black basalt conglomerate, volcanic in origin and brought from the eastern end of False Creek. The sandstone found around the lakes came from a construction site on Eleventh Avenue. After exiting the confines of the Grotto, you will find yourself in the more open Heather Garden. This was created after Roy Forster made a trip to Wales and was inspired by the moors. 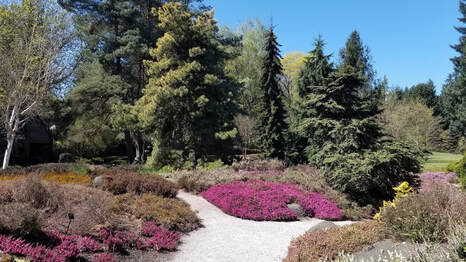 The 3 – Scottish shelter, or Crofter’s Cottage at the end of the left-hand pathway, was donated by the Vancouver Sun and built with brown basalt walls and a slate roof according to traditional construction. This makes for a welcome respite from the rain. In the seventies, there was a rumour that a hippy slept there at night!

By the stone bridge leading out of the Heather Garden you will see a stand of Scots pines on your right and 4 – corkscrew hazel (Corylus avellana ‘Contorta’) on your left. You may have heard of Vaudeville’s Harry Lauder. Apparently, he used a hazel stick as his cane. 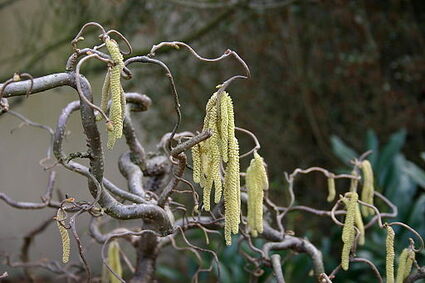 Now turn left and go to the crossroads. At the right-hand corner of the raised bed are several 5 – lily-of the-valley shrubs (Pieris japonica). Although the original plant is now gone, it was here that Roy Forster planted his first plant, a Pieris, in the Garden. 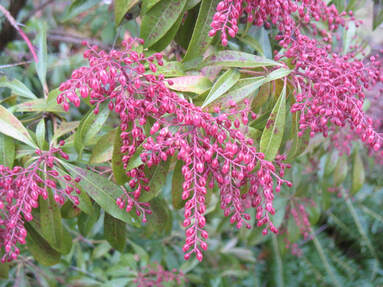 Walk straight ahead now to the 6 – Perennial Garden beds. This area was started in 1978, reconstructed in 1994 and redesigned in 2003. The formal bed on your left, sheltered by a yew hedge, is based on the perennial borders made famous by the famous English gardener, Gertrude Jekyll. The more informal beds cut into the lawn on the right were inspired by Alan Bloom of Bressingham, England, and are enclosed by a wall of Haddington stone. The weeping beeches at the far end of the Perennial Garden draping over the stone wall provide an introduction to the Beech Grove just beyond.

Now return to the crossroads and turn left and take the path leading up to the Great Lawn, which is what remains of the golf course days. It is interesting to note that Edward VIII and Warren Harding, President of the United States, were among the famous people who walked and played these previous fairways. 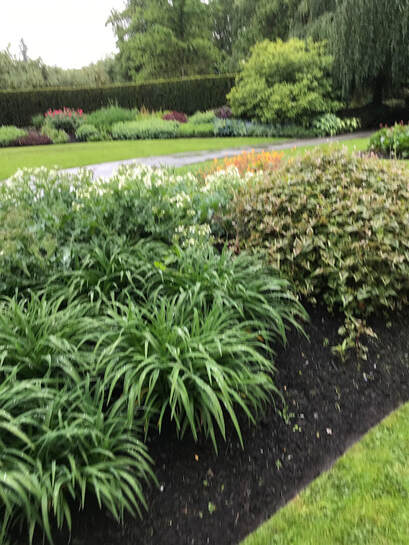 8 – The Haiku rock to the left of the path was donated by Northwest Landscape & Stone Supply, which also has a small display almost opposite on the right side of the path. The headquarters for Vancouver’s Cherry Blossom Festival moved to VanDusen in 2008 and remained here for several years. 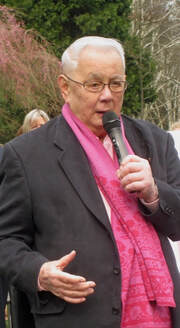 Past the cherry trees on your right is a regal stand of 9 – Douglas-firs (Pseudotsuga menziesii) that were planted during the early golf course days. They can live over 1000 years. The bark on older trees is very rugged, which helps them to survive moderate surface fires. Check for cones on the ground and look for the little squirrel tails peeking out. 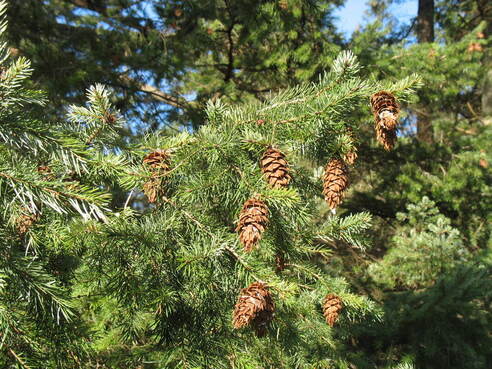 On your left and right you will see stone sculptures on the lawn. A sculpture garden had been in Bill Livingstone’s original plans. Gerhard Class, a sculpture instructor at the Vancouver School of Art (now Emily Carr College of Art and Design) and an offer of Turkish marble and travertine (ship’s ballast) from a construction company, made it possible to host a “Sculpture Symposium” at VanDusen with eleven sculptures being permanently situated, with the help of the Canadian Armed Forces, to make Livingstone’s dream a reality. The end of the Symposium coincided with the Opening of the Garden (August 30, 1975), and today the sculptures continue to add a unique man-made element to their organic surroundings. Since then, other art works have been added to the Garden. Take time to enjoy them. 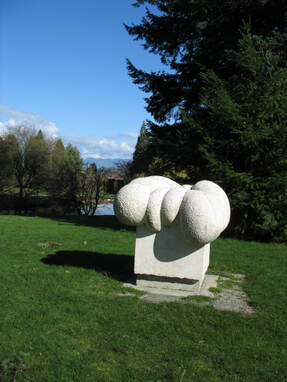 As you come to a crossroad after the water fountain, you will find yourself in the 10 – Sino-Himalayan Garden, opened May 8, 1983 and funded by the Vancouver Foundation. It is the second highest spot in Vancouver (Queen Elizabeth Park being the highest). The golf course’s club-house was once located at the top of this area, as is the now defunct Point Grey water reservoir (built 1912), although attempts have been made to resurrect it. This area is dedicated to China and the Himalayas, which were not affected by glaciation the way North America was and from which we have inherited so many choice garden trees and plants. When about 5000 plants of 150 rhododendron species from the Greig collection in Stanley Park became available, fill from Shaughnessy Place, peat from Trout Lake and rock from downtown construction sites were brought in to create the mountain-like terrain. Bill Livingstone came out of retirement to design the waterfall and the 11- twenty-two steps leading up to its source. These represent the 22,000 steps people would take when making a pilgrimage up sacred Mount Omei Shan.

​Follow the signs and arrows to the Waterfall (which may not be flowing at this time of year) and climb the stone steps carefully if you are able. At the top you will be able to see the 12 – Stone Garden which covers the reservoir with feather rock from Nevada. Keep on the pathway curving up to your left, alongside the Stone Garden until you can see the top of the Maze on your left. Keep walking until you find the entrance to the Maze which faces the stone amphitheatre. If you need to detour for mobility reasons, take the path to your left at the bottom of the stone steps and follow it to its end. You can then turn right and head to the maze further up on your right or explore the Heritage apple orchard and vegetable garden (with tractor!) on your left. The apple trees have been newly planted and the vegetable garden has a different theme every year. Come back to see them in the summer. The bee hives in the little fenced compound will be active then too.

13 – The Maze was opened June 20,1982. It was designed by Allan Brown and planted with 2,000 pyramidal cedars (Thuja pyramidalis). The word “maze” is from Northern Europe and is usually associated with structures made with hedges. These became particularly popular in medieval times and in Renaissance gardens. “Labyrinth” was used in Egypt and Crete and referred to underground structures. Their purpose is not always clear, but usually they represent the journey of life, the search for truth or a means of confounding evil spirits. At VanDusen, they should be a source of fun! So, enter and have fun. If you are worried about getting lost, keep your right hand in touch with the hedge and you’ll be fine. 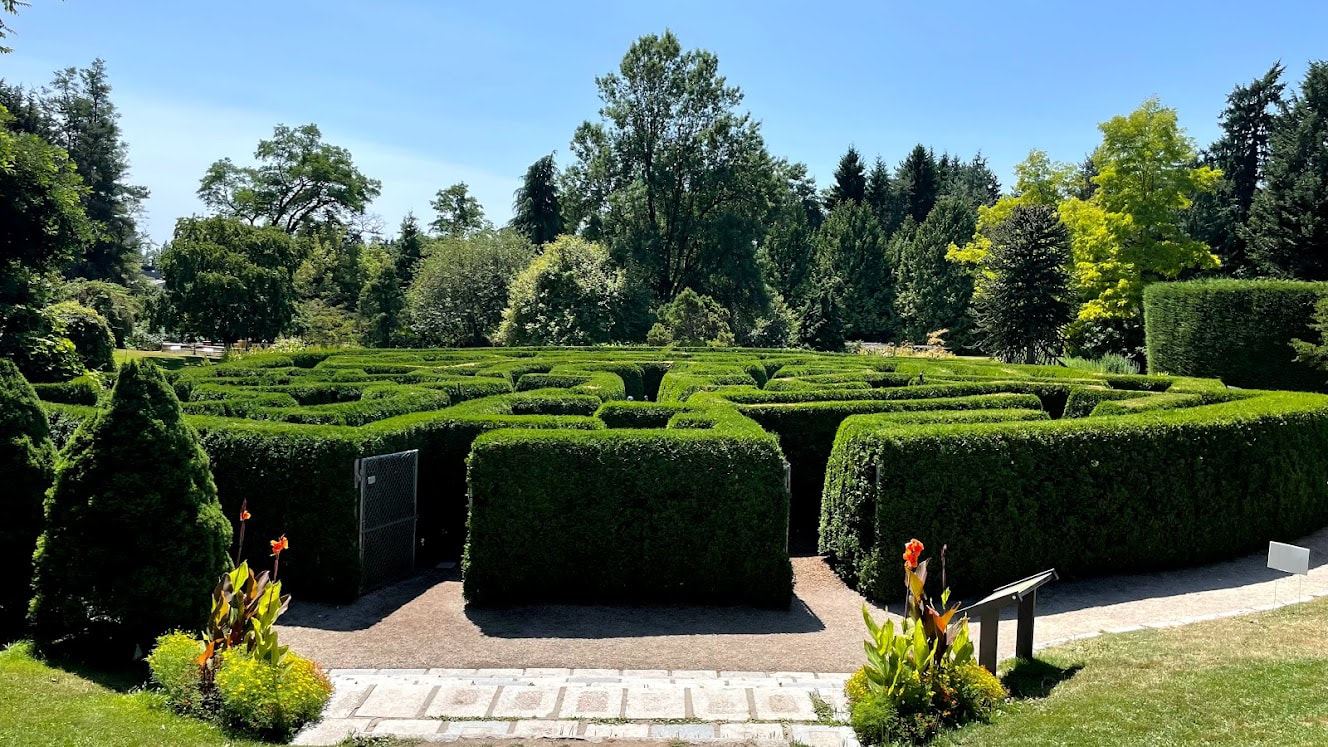 At the top of the Garden just beyond the Vegetable Garden is the 14 – Alma VanDusen Garden. It was funded as a memorial to Mr. VanDusen’s wife by the VanDusen family and opened in July 1986 by Princess Margaret. The horseshoe bed in the middle is stunning in the summer with perennials like graceful delphiniums and an array of colourful annuals. This is a lovely place to come for a quiet picnic or for a rest on the benches.

This is only a partial historical tour of part of the Garden. Another upcoming tour will take you to other sections of VanDusen Garden. You can find your way back by following the signs to the Visitor’s Centre and by following your map. This “leed platinum” building you began the tour from officially opened October 23, 2011. Its design was inspired by orchid leaves and is a harmonious balance between architecture and landscape. It reflects our Mission Statement which is “to inspire understanding of the vital importance of plants to all life through the excellence of our botanical collections, programs and practices”. We hope you will consider making VanDusen a place you come to visit again, love and know.